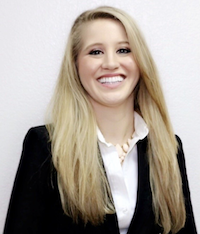 Katherine M. Wyatt is an experienced litigation attorney. She represents business and individuals in civil litigation with a primary focus on personal injury defense. Before becoming an attorney, she was a paralegal and has over 10 years of combined litigation experience. Additionally, she worked as a legislative staffer in the Texas House of Representatives, 85th legislative session, and was involved in the tort reform legislation necessitated as a result of hailstorm litigation.

As an attorney, she has handled cases in state and federal courts. At her former firms, Katherine represented a variety of insurers in the areas of insurance defense, bad faith, fraud, and extra-contractual claims.

Contact Us
Practice Areas
Client Review
★★★★★
Hamp, I want to thank you and your amazing staff for doing such an excellent job on ALL of our files. Once more THANK YOU. Anonymous
Submit a Law Firm Client Review